Sign Up for News
Press Release
Link to Article 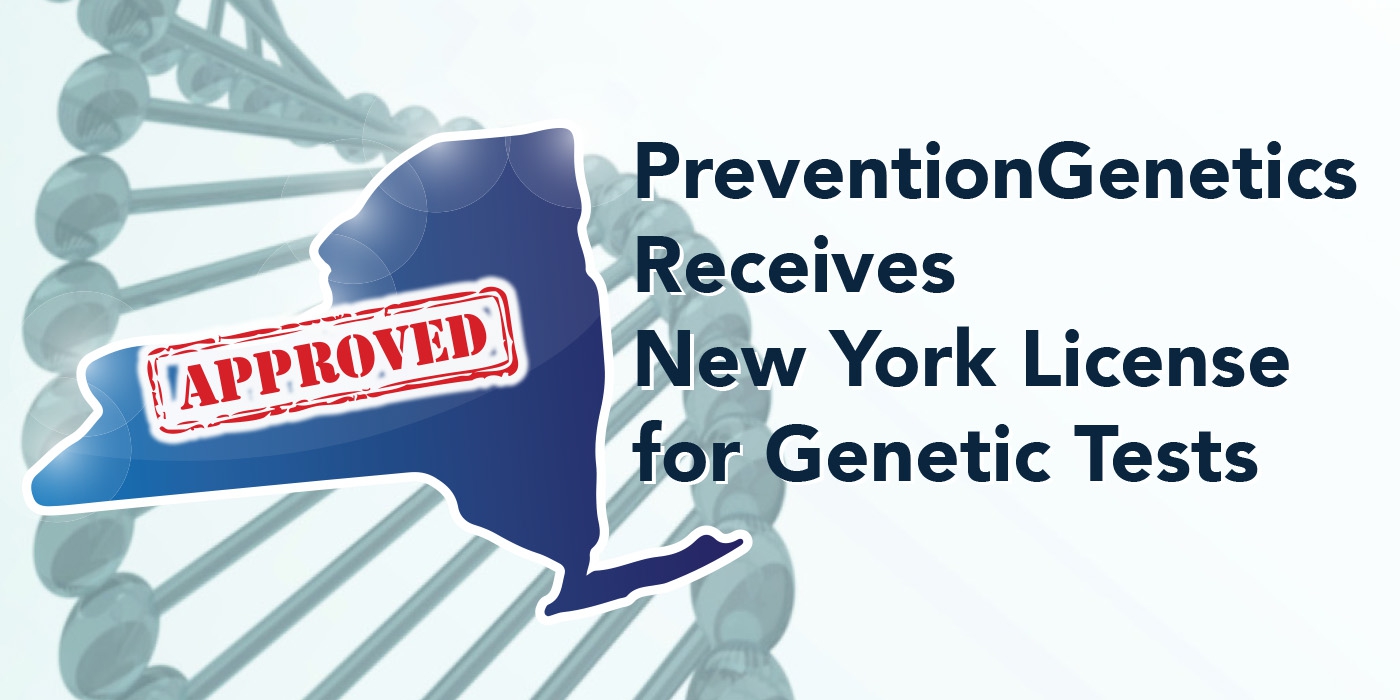 “Achieving New York license status allows us to perform testing on specimens out of New York without an additional permit application process,” said James Weber, PhD, Founder and President of PreventionGenetics. “With New York licensure it will now be easier for healthcare providers in New York to order tests from us.”

Founded in 2004 and located in Marshfield, Wisconsin, PreventionGenetics is a CLIA and ISO 15189:2012 accredited clinical DNA testing laboratory. PreventionGenetics provides patients with sequencing and deletion/duplication tests for nearly all clinically relevant genes.  These tests include our powerful and comprehensive whole exome sequencing test, PGxome®.